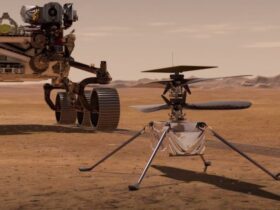 New research from several Texas-based colleges has found that Bitcoin might not have been the private, independent substitute to existing monetary institutions that its main supporters frequently tell their tales about. When the digital currency initially gained parity with the US currency in the first years of its existence, the study paper’s concentration is on that period.

In the summary of the article, the authors said that they were able to identify the names of the most active users of the Bitcoin blockchain from its beginning in 2009 with higher than % accuracy and precision. Between the time Bitcoin was launched and the time its price touched $1, just 64 people were responsible for most of the mining.

A few well-known crypto criminals like Ross Ulbricht (founding member of Silk Road) as well as Michael Mancil Brown (who tried to blackmail Mitt Romney) were mentioned in the document, but the concept that a tiny group of people controlled the reserves required to create Bitcoin casts doubt on the notion that cryptocurrency is the doorway to a utopia, free of the firm hand of a central authority.

One of the most appealing facets of cryptocurrency is that it eliminates the need for a service provider, such as a bank, to regulate transactions. In this article, it is shown that Bitcoin was capable of surviving not due to the absence of a centralized authority but rather due to those who established the system’s foundations for its survival not taking advantage of it. Any future profit would have been wiped out if this had been done.

They used an approach known as address-linking, which allows them to track down the owners of cryptographic addresses. Because of this, the anonymity provided by cryptography is effectively destroyed.