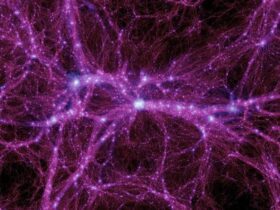 The Largest Structures in the Universe Are Mysteriously Spinning

Red Dead Redemption was a hit amongst gamers, and the next game in the franchise is highly anticipated. After Red Dead 1, developers went back in time with the second game, and it was created as a prequel to the original game. While there is no official announcement regarding Red Dead Redemption 3, we can speculate about its setting, and many fans believe that this game would also work interestingly as a prequel.

Red Dead Redemption 2 has reduced some of the game’s suspense, as players already knew the final outcome of the events. However, this also added an interesting level of awareness and a different understanding of the story. Creating Red Dead 3 as a prequel will bring new depth to the hopelessness of the storyline.

Moreover, Red Dead Redemption 3 would have a chance to explore an exciting timeline. As we already know, the second game is set in 1899, while in Red Dead 1, we also see an epilogue from the year the First World War began. A prequel of the prequel could take the player to the period after the Civil War. This could show the complexities of the change process and create a sense of nostalgia for the world that is gradually lost in the events of the first two games. Dutch’s devotion for the Old West would be thoroughly explored in a game set in the 1870s, for instance, while foreshadowing the inevitable transformation of this world.

On the other end, a chronological sequel would have a chance to explore the stubbornness of characters that refuse to abandon their lifestyle, and the game would have to be set somewhere in the 1920s or late 1910s. While this could be an interesting perspective, it would reduce the message the previous games had.