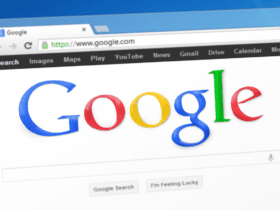 You may be willing to become a better Pokemon GO player, but you don’t know exactly which Pokemon to capture and train. Many players have been there, don’t worry! That’s why we’re here to present you with our top-tier list of Ash’s Pokemon.

Ash has been on a long and difficult road since he got his first Pokemon. Being just a 10-year-old boy, Ash didn’t always make the best decisions throughout his journey to becoming a Pokemon master. But he won many battles, and surely any gamer who likes to play Pokemon GO can learn a lot from him.

Check out the tier list, and make sure that you’ll get your hands on such Pokemon in Pokemon GO for yourself:

Seeing Pikachu on this list might represent a surprise for many, but we believe that the little mouse really deserves the position. Surely there are a lot of Pokemon able to defeat Pikachu, but he has still won many important battles for Ash. Last but not least, he was the trainer’s very first Pokemon.

Infernape and Charizard are both that kind of Pokemon able to take down the biggest and most ferocious adversaries. Charizard has been a long road from his initial state where he was rebellious against Ash. Slowly but surely, Charizard defeated powerful Pokemon such as Magmar, Articuno, Dragonair, Alakazam, and so on.

This list brings back a lot of memories. Snorlax is by far one of Ash’s strongest Pokemon. The young trainer had a very hard time trying to capture the Pokemon, as he was one tough and rowdy opponent even while being asleep. Later on, Snorlax defeated some powerful Pokemon for Ash, such as Gary’s Nidoqueen and Arcanine. Snorlax’s weakness is that he often sleeps and is one lazy fellow, but when the beast awakens, he can smash his opponents like a ton of bricks!

Heracross was another trustful Pokemon of Ash, being that bug-type that also possesses major fighting moves. Featuring a body of steel, Heracross has proven strong enough not to be affected by the flame thrower of Gary’s Magmar. Furthermore, Heracross won that battle in a devastating and incredible manner.

Tauros doesn’t have too many attacks, but he has an impressive physique that allows him to dominate many opponents. We can remember when Tauros defeated Drake’s Venusaur in a pretty dominating manner.

Kingler is another Pokemon that clearly deserves to be present on top. During his first battles, he defeated Executor when he was a Krabby and both Seadra and Golbat in a row after he evolved. During the same tournament, Kingler took down Kloyster, another strong Pokemon.

Bulbasaur, Squirtle, and Cyndaquil are three starter Pokemon that have proven to be very useful for Ash throughout his journey. Strong Pokemon such as Meganium, Magneton, Starmie, Onix, and others have fallen in battle against these Pokemon.

Muk and Lapras are not necessarily weak Pokemon, but they still didn’t win too many battles. However, they had proven useful in decisive moments. Lapras managed to defeat Drake’s Gengar, one very dangerous ghost-type Pokemon. Muk took out Bellsprout when all the other Pokemon used were clearly defeated – Bulbasaur and Pikachu.

Gible has a lot of interesting moves, and Totodile is another starter Pokemon that might have been a lot more useful in the anime.

The tier list doesn’t necessarily express objective truths. You can feel free to come up with your own tier list of Ash’s Pokemon and present it here in the comment section!