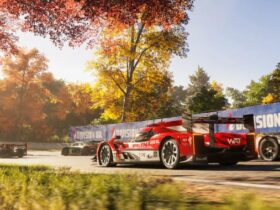 We shared the news about two weeks ago regarding the launch date for the OnePlus 10T. We also spoke about the possible specs and price of the gadget. We’re glad to see that the official launch date has been confirmed to be August 3.

According to The Verge, OnePlus officially unveiled the OnePlus 10 T model yesterday, August 3. We’re glad to now know a lot about the phone’s specs and price!

That’s right, folks! OnePlus 10T comes in a version of 16GB of RAM! It may sound exaggerated to have that much RAM on a smartphone, but it’s 2022 out there! You can use your phone nowadays in many ways that can put its hardware power to work seriously. The 16GB version of the OnePlus 10T is priced at only $749 in the US. This version also carries 256GB of storage, which practically makes it as powerful as many laptops that are currently on the market. We’re pretty sure you can use the phone itself as a laptop, judging by its specs.

OnePlus 10T stands out for several reasons, and one of them is represented by the 150W fast charging.

If you want to buy the less powerful 8GB of RAM and 128GB of storage version of the phone, you must know that it will cost you $649 as a starting price. You can get your hands on either one of the new model’s versions if you live in the US starting on September 29. However, preorders will be available earlier, on September 1.

Europeans are a lot luckier, as preorders for them are already available. August 25 is the date when the phone arrives on the market for these individuals. The pricing in Europe for OnePlus 10T starts at 699 euros or £629 for UK customers.

We’re eagerly waiting to see how the public will react to the launch of the OnePlus 10T!