OnePlus is gearing up to unveil a new smartphone series soon dubbed OnePlus 9. As we approach the launch event, many leaks are now creating quite the buzz. Others are hinting at one of the best specs so far. What should we expect?

Recently, the features of the standard version with the model number LE2117 appeared on the AIDA64 benchmark. If they turn out to be accurate, we might get one of the greatest smartphone series released by OnePlus.

OnePlus 9 Specs and Features Out Now

Upfront, there will be a punch-hole cutout for the selfie camera. 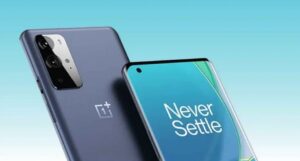 Under the hood, the upcoming OnePlus phone is said to get its power from a Qualcomm processor, the Snapdragon 888 chipset coupled with 8GB RAM and 128GB onboard storage.Â

OnePlus 9 will ship with Android 11 OS topped with OxygenOS out-of-the-box.

Coming to camera capabilities, the smartphone will sport the same triple-rear camera module as its predecessor. This camera setup will house a 50MP Ultra Vision shooter, a 20MP secondary camera, and a 12MP telephoto lens.

Upfront, a shooter of 16MP is said to capture the best selfies.

A battery of 4,500mAh with support for 65W fast charging is said to keep the lights on for several hours.

OnePlus 9 Pro Details: what we know so far

According to Max Jambor, the Pro variant will pack a smart tech called LTPO display. There will also be a Snapdragon 888 SoC, a sleek quad-camera module, and more yet to be discovered.

OnePlus didn’t release any details about a launch event for the new series or other information. However, we should expect the OnePlus 9 lineup to arrive somewhere in March.