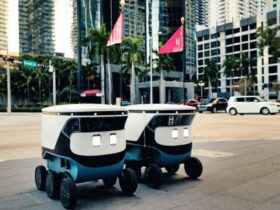 The Pixel Live Wallpapers app received a fresh upgrade from Google only the week before last, bringing its total version up to 2.1. Unfortunately, it seemed as if the update broke compatibility with earlier Pixel smartphones, which meant that formerly compatible devices no longer had access to the app through the Google Play Store. The current update to the Pixel Live Wallpapers app restores compatibility with earlier Pixel smartphones, which suggests that the previous version may have accidentally excluded users of older Pixel devices. This is because the upgrade seems to have shut off older Pixel devices.

The first issue was brought to light a week ago by 9to5Google, which said that the most recent update to the Pixel Live Wallpapers app was unable to be installed on the Pixel 4a device owned by the news outlet. When considering that the upgrade to version 2.1 did not include any novel features, the outlet believed that it was a bit of a peculiar problem. The retailer could not provide a specific explanation for the compatibility change, but after additional investigation, they discovered that the app was no longer associated with the device in question. This is rather unusual when you consider that Google promises to service devices using the Pixel 4a line until at least August 2023.