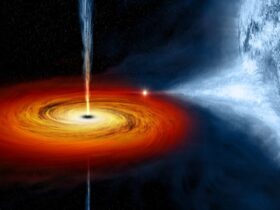 The new leak gives us a deeper look at some of the components, attachments, and features of Apple’s rumored mixed reality headset. Although we have yet to see photographs of the headgear, it is evident that it will be unlike anything we have seen or experienced before, making it perhaps one of the most exciting things to launch in 2023.

According to the most recent report from The Information, the headset may have an H2 chip that would enable low-latency communication with suitable headphones and earbuds. According to the source, headphones or earbuds may be necessary for effective communication with headset users. This would be essential for maintaining confidentiality since anybody in the vicinity would be able to hear any sound coming from the device’s headband speakers

The headset, which Apple has yet to formally announce, will be jam-packed with features Apple will have to get just right if the product is going to have the kind of revolutionary impact the original iPhone did on the smartphone market.

Bluetooth headphones could be utilized, but they might have latency difficulties in some apps; Apple is probably not prepared to take such a risk with its first new product category in years. The AirPods Pro 2 are currently Apple’s only audio product with the aforementioned chip, and they cost far more than a standard pair of wireless headphones. When the mixed reality headset finally debuts, there may be more affordable alternatives to Apple’s AirPods 2.

It’s possible that Apple may provide replacement headbands for the headset, but we doubt they’ll be sold separately in the Apple Store. We may instead see two distinct bands: a consumer-friendly silicone choice similar to the Apple Watch’s athletic band, and a developer-friendly alternative headband that would facilitate the device’s interfacing with computers. The headband might include crucial technologies necessary for the headset to operate, so it’s not only there to provide support while it’s being worn.

It seems to be on schedule to be a very high-end gadget with a premium design built of materials like aluminum, glass, and perhaps carbon fiber. The headgear may have a novel appearance thanks to the mesh material that covers the front visor region and the display on the exterior that enables people to see the wearer’s emotions, which may be a welcome departure from the often expressionless experiences of existing VR and AR headsets. With regards to the rest of the headset’s features, we may be looking at a pair of 4K micro-LED screens for each eye, as well as a multitude of cameras numbering in the double digits.

Apple may sell magnetically attachable prescription lenses for those who need them to utilize the headset with their existing eyewear. The gadget will presumably be powered by Apple’s own hardware and will likely include iris scanning for authentication of payments. Voice commands as well as hand gestures might account for the vast bulk of inputs, making for a relatively hands-free experience. Apple’s headgear may also include a physical dial, similar to the Digital Crown on the Apple Watch, that can be turned to activate passthrough mode and provide a view of the real world.

The cost of this convenience, however, is not negligible; some estimates place it between $2,000 and $3,000. Compared to other high-end headphones on the market, this is a hefty sum. It’s thought that HTC will release a gadget with a price tag of about $1,500, which is on par with Meta’s newly launched Quest Pro. The experience has received less attention, but it is possible that Apple is developing a feature that will make advantage of human interactions, such as videoconferencing.