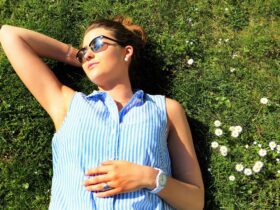 In an effort to combat three of the most dangerous respiratory infections that circulate annually, Moderna is marketing a vaccine that combines protection against COVID-19, the flu, and respiratory syncytial virus.

Canada is experiencing an increase in pediatric RSV cases, persistently high COVID hospitalizations and deaths, and a sharp increase in flu incidence; yet, the pharmaceutical manufacturer has not disclosed data to support the vaccine’s safety or efficacy.

Moderna president has claimed he wanted to submit the three-in-one vaccination for regulatory approval from Health Canada. However, this combined vaccination may never be developed if reliable data from clinical studies are unavailable.

It has been debated whether or not Moderna should be promoting its vaccine before it has undergone Phase 3 clinical trials, in which it would be evaluated on a bigger group as phase of a randomized, double-blind research. It has also prompted questions from vaccine scientists and infectious disease specialists regarding the objectives behind the early commercialization of the vaccine.

Reduced uptake of the COVID vaccine over the past 6 months

The contentious method of research by press release has been expedited by the urgent need for vaccinations and therapies in the pandemic. Typically, pharmaceutical corporations wait until Phase 3 studies are complete before actively advertising their medicines in the media.

Pfizer recently released Phase 3 clinical trial data for its RSV vaccine, suggesting the shot was 81.8% effective in newborns from birth to the first 90 days of life and maintained approximately 70% effective at six months. Moderna’s comments come just days after the publication.

It also follows a fall in COVID-19 vaccination adoption in Canada and internationally, as well as weaker-than-expected third-quarter profitability for the firm since January.