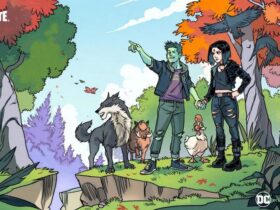 Apple is, without any doubt, one of the most successful tech companies of the moment.

One of their most successful creations is the iPhone lineup. Whenever a new leak or rumour about an iPhone is published, it usually makes the headlines in no time. Such is the case today, but the situation is a bit more serious as the news come from a trustworthy source.

We are still eagerly waiting for a first look at the iPhone 13 this fall, but there are numerous rumours regarding the iPhone 14 already piling up.

In a Wednesday investor note, Ming-Chi Kuo, the reputable Apple analyst, insisted on his prediction that, next year, Apple would launch four iPhone 14 models, with under-display Touch ID, according to a 9to5Mac report.

He also mentioned that the top-tier 6.7-inch model will be launched with the lowest price ever for such an Apple smartphone, at less than $900.

The two high-end devices will feature a wide-camera upgrade to 48MP, he said.

Apple didn’t respond to the news so far, but, with Kuo’s reputable history, it’s hard not to believe him.

We are firm that it is time for Apple to produce more affordable devices, even the top-notch flagships.

Perhaps Apple finally understood the requirements of the mass market, or maybe it is just an attempt to attract more customers. Who knows? You should undoubtedly take the news with a grain of salt but be aware of Kuo’s most accurate leaks/predictions.