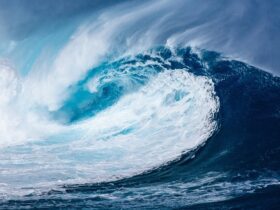 Linux fans frequently mock those who prefer Windows, and one of the reasons is the presence of security flaws in Microsoft’s operating system. While we’re not planning to start another “Linux vs Windows” debate, a piece of news coming from WRAL.com surely is in the interest of many. According to the publication, Microsoft is urging its users to opt for an update after a big vulnerability was found in the operating system.

Windows users must be aware of the newfound security flaw known as PrintNightmare, as it has to do with the Windows Print Spooler service. Hackers exploiting the vulnerability can install programs, delete data, and even create new accounts with full user rights for taking a lot of control of the victim’s PC. Researchers from the cybersecurity company called Sangfor revealed how to exploit the flaw, although it was likely by accident.

Different versions of Windows are affected

A lot of people still prefer using the good old Windows 7, and hackers know it very well. Therefore, the 12-year-old operating system from Microsoft is also affected by the security flaw. The same applies to Windows 10, as you’ve already guessed.

Although Windows 7 is officially dead, as Microsoft no longer releases updates anymore for the operating system, this time it’s making a necessary exception. The Redmond-based giant announces to release a patch for Windows 7 that’s dedicated to fighting against the PrintNightmare flaw. Therefore, get ready to soon have updates for Windows Server 2016, Windows 10, version 1607, as well as Windows Server 2012. Microsoft said it clear, as quoted by WRAL.com:

We recommend that you install these updates immediately.

Until now, there’s no reason to believe that the newfound security issue will also affect the new Windows 11 that comes out in its full version at some point during the fall.