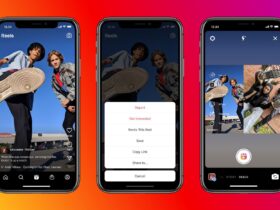 New PC accessibility peripherals have been announced by Microsoft, all of which are specifically tailored for the needs of people with impairments. The need for more accessible games and technology has only intensified in recent years. A growing number of businesses and developers are taking it into account in this way.

An whole new range of adapted accessories for impaired users was presented by Microsoft at its 12th annual Ability Summit this week. The peripherals, which are based on a three-part architecture, are intended to take the place of a typical mouse and keyboard. Microsoft’s adaptable mouse tail and thumb assistance, or even 3D-printed tails, may be used to further personalize the Microsoft Adaptive Mouse.

Microsoft also unveiled its new Inclusive Technology Lab and explained its goal in a press release.. For the purpose of accommodating more people and including them in the product development process, Microsoft is building on the previous Xbox accessibility lab, which was launched in 2017. Design and brainstorming meetings on new goods or services are held at the Lab, which is described as being very modular. There are a few things to keep in mind while looking at Microsoft’s new Lab for individuals with impairments.

Gamers and tech businesses alike are grappling with the challenge of making their products more accessible to those who have impairments, and it’s an ongoing struggle. When it comes to accessibility, Microsoft has taken several major leaps ahead, and it’s dedicated to making these moves before most of the other IT companies.