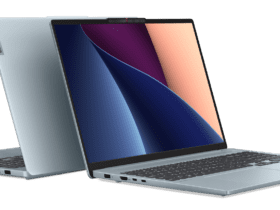 Little has been revealed regarding Mass Effect 4 since it was announced, but that very little information we’ve seen has considerable implications for the franchise’s future and the story we know so far.

The trailer for the upcoming chapter of the popular RPG series heavily implies the game will lead to specific decisions from the original trilogy canon to restart a story from a sturdy foundation.

BioWare has a considerable decision to make in terms of the canon story of Mass Effect 4, which will forever alter the future of the franchise.

The more choices from the original trilogy that the studio makes cannon, the easier it will be to launch a new title without having to worry about branching possibilities.

The big decision BioWare is facing at the moment is whether they will allow players to import any choices from the past games.

The good news for the studio is that the majority of players have chosen Paragon, meaning that for numerous players, there are some simple, clear world states that would be worth canonizing.

However, there have been some non-moral choices like romances, which pose a significant problem if Shepard returns.

If he makes a comeback as a protagonist, numerous players will undoubtedly be disappointed if one of his possible romantic adventures was or wasn’t labelled as canon.

If BioWare doesn’t canonize which character Shepard romanced, there is a chance that many gamers will have expectations that their original trilogy romance will make a comeback, which would imply that the studio has to bring back numerous characters from the original trilogy.

One of the simplest ways to avoid that is simply not making Shepard the new game’s protagonist, but that would also be somewhat disappointing as we’ve grown quite fond of him over the past decade.