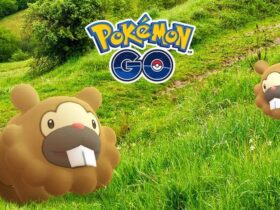 The legendary Nintendo Entertainment System (NES) 8-bit console can be considered the ancestor and godfather of modern consoles that most gamers prefer nowadays. Furthermore, the gaming journey of many folks started in those times when the NES console represented the pinnacle.

It all started out with what today are considered completely obsolete games, such as those for NES. We’re not here to say that they aren’t obsolete, not at all. But without them, gaming would have probably never evolved as how we all know it today.

We’re proud to present our own selection of what we believe to be the top NES games tier list. The roster is purely subjective, meaning that you could easily have a totally different list than hours. We haven’t tested all of the NES games ever made, either. There are a lot: over 700.

These are the best games in our view, and the number 1 imaginary prize goes to Battle Toads & Double Dragon: The Ultimate Team. This game was incredibly fun, as it brought together two clans that loved to fight for a living. The fighting techniques and even the graphics were amazing for an NES game.

The recipe is pretty simple. Just to summarize it: we’re talking about a beat ‘em up game where you can choose either a member of the Battle Toads or one of the Double Dragon squad. Neither of the fighters forgives or forgets.

Super Mario just has to be in the S-tier as well for one simple reason. Even though there may be tons of games that were more exciting, they probably would have never existed without Super Mario. At the beginning of gaming, there was Super Mario. The little Italian plumber has been hugely influential for many other games, which is why he can’t possibly not be mentioned in this tier. Even today, in 2022, the Super Mario character remains an icon for the gaming industry, as he appeared in roughly 200 games throughout his long history of almost four decades.

Here we want to focus on Super Contra, a fabulous shooting game that had one thing that so many games nowadays lack completely: it was so incredibly hard to play!

Three lives is all you get in Super Contra. One or two more if you’re lucky. No difficulty selection, no health bar, nothing. Getting shot once will make you lose one life. You just have a gun, and you’re all alone in the face of hordes of enemies coming at you almost simultaneously. However, there are a lot of possible upgrades for your gun. Not so fast, because there are bosses as well at the end of each level! If all of that is not the description of Hell on Earth, we don’t know what is.

Whoever developed this game was probably a masochist. But at the same time, Super Contra was one of the best games ever made for the NES console. Any experienced gamer nowadays who’s deep into Counter-Strike or Call of Duty would have a lot of trouble completing Super Contra for NES.

Batman also deserves a lot of love. This game for NES showed the Dark Knight as he has some nice weapons at his disposal and is eager to take down all of his opponents. Each level is full of threats and with unforgettable soundtracks. Each boss gives you that serious vibe that makes you forget that Batman doesn’t exist in the real world. In the end, bosses await you, and they won’t go easy on you at all. The Joker is the final boss, and he has so many tricks up his sleeve! If none of Batman’s weapons don’t work, he can always rely on his strong fists.

Batman for NES is simply a masterpiece!

Street Fighter 2010 is where things reach a very futuristic environment. Ken is passing from one level to another using some kind of space portal. He uses energy waves this time instead of fists. There’s some space travel as well, as our hero needs to go to other planets.

Chip ‘N Dale was another game that reminded people about Super Mario. Both games can be incredibly fun to play, but the former may have an advantage when it comes to the uplifting vibe that it gives the player through the soundtracks. In Chip ‘N Dale, the player can use many objects from the in-game environment to throw at his opponents. What more ingenuity could you ask for?

Tom & Jerry appearing as a game for the NES console didn’t surprise anybody. Pretty much any other major cartoon of that time had its own video game adapted for the legendary console. However, although Tom & Jerry is a great cartoon, those who made the related NES game could have done a much better job. The game is predictive and far from providing a tense situation.

Tiny Toon was another interesting NES game. It constantly gives the player a good vibe through its soundtracks and gameplay. You can control one character at first, but later on, you can transform into either one of three other characters after you find the upgrade option as you play the game. Each of the characters has his own special move.

What do you think about our tier list? There’s no such thing as a game that we find bad here. We would be glad to know your own opinion. The comment section is available for you to leave your comment!