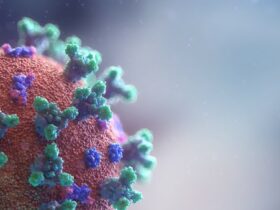 Leica Leitz Phone 2 is now available and has an incredible camera setup. The smartphone is based on Sharp’s Aquos R7 phone, with a few much-needed changes.

The Leitz Phone 2 is a great handset thanks to its 47.2 MP 1-inch image sensor, which could totally compete with some other camera-centric smartphones from Samsung or even Apple. We’ve come up with a sleek guide on everything you need to know about the new Leica Leitz Phone 2, including the full specs.

Leica Leitz Phone 2 comes as the successor of the Leitz Phone 1, with some key camera specs, as follows:

The Leica Leitz Phone 2 flaunts a mighty camera setup housed in a sleek circular panel at its rear panel. One of the best things is that the phone ships with a cool aluminum lens cap. Quite impressive, isn’t it?!

The dual-camera module features a 47.2MP 1-inch camera coupled with a 1.9MP depth sensor. The display sports quite the snapper, too, with a 12.6MP shooter for selfies.

The Leitz Phone 2 also comes with something called ‘Leitz Looks,’ which feels like a Leica M lens. Those lenses range from 16mm wide-angle to standard 50mm, and they could also extend to a sleek 135mm medium telephoto lens.

The camera setup is said to be accurate thanks to its dedicated quick settings in the app that are also for advanced Leica camera UI. Skilled photographers can customize the Leica filters, the Leica M series shutter sound, and more.

Under the hood, the Leica Leitz Phone 2 draws its power from a Qualcomm processor, the Snapdragon 8 Gen 1 SoC, coupled with up to 12GB of LPDDR5 RAM and 512GB of default UFS 3.1 storage.

You can also add a microSD for a memory expansion of 1TB!

A battery of 5,000mAh with much-needed support for wireless charging is said to keep the lights on for several hours.

How Much Does the Leica Leitz Phone 2 Cost?

Leica Leitz Phone 2 comes with a price tag of around $1,622 and is currently available only in Japan.