Where Does the ‘Dragon Ball Super: Super Hero’ Movie Fit in the Manga’s Canon? We Might Have the Answer

IQOO has finally launched the much-awaited smartphone series IQOO 7! The handset will ship in three special editions, including a unique design by BMW M Motorsport with three color stripes at its rear.


Now, all the specs and features have been revealed, so that we know what to expect. From a mighty Qualcomm processor to a fast refresh rate, the newest IQOO series sure has it all.

IQOO 7 Specs and Features Out Now

Under the hood, the smartphone gets its power from an octa-core Qualcomm processor, the Snapdragon 888, paired up with up to 12GB RAM and 256GB onboard storage.

IQOO 7 will ship with Android 11 OS topped with OriginOS out-of-the-box.

Coming to camera capabilities, the IQOO 7 houses a triple-rear camera module, including a 48MP main shooter with f/1.79 aperture, a 13MP depth sensor with f/2.46 lens, and another 13MP ultra-wide-angle lens with f/2.2 aperture.

Upfront, there is a shooter of 16MP with f/2.0 aperture for the best selfies and video calls.

The connectivity features include 4G VoLTE, 5G, dual-SIM, Bluetooth 5.2, NFC, and a USB Type-C port. The smartphone is also bundled with a gyroscope, a proximity sensor, an accelerometer, an ambient sensor, an in-display fingerprint sensor, and a magnetometer. 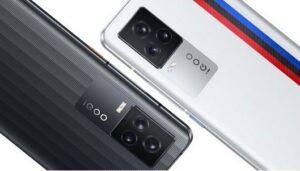 The sales will start this week, on January 15, in China. More details about the smartphone’s availability will be soon revealed. We should expect IQOO 7 to hit the global market in the coming months.