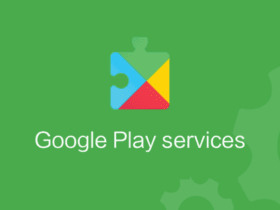 Apple’s next big software update, iOS 16, will provide a variety of new capabilities to the iPhone, including the option to delete accidentally sent texts, more widget and font customization options for the lock screen, and the ability to crop off picture backgrounds with a single touch and hold.

iOS 16 is likely to be released this autumn, probably with the iPhone 14, however, Apple has not yet revealed a particular release date. Even though it’ll be a while until iOS 9 is released, you may be wondering whether your iPhone is compatible with Apple’s newest mobile operating system.

The following is what we know about whether or not you will be able to update your iPhone to iOS 16 when it becomes available to the public.

Are you unsure about the model of your iPhone? Whether you want to know if your device is capable of running iOS 16, you can simply find out the model from inside the settings. Open the Control Center on your iPhone, then go to General > About. The model of iPhone you have will be shown next to Model Name. Below that, you’ll notice a Model Number; with this, you may learn more about your model, such as its storage capacity and when it was first released, but (except for iPhone SE) it’s not required to determine whether or not your device is compatible with iOS 16. When iOS 16 is released later this year, it will be compatible with the following iPhones:

It’s also likely that when iOS 16 is released, all iPhone 14 models will be able to use it. At its annual special event keynote talk, held in September, Apple typically announces and releases its newest flagship gadget.

How about the iPhone 7 Plus and other previous models?