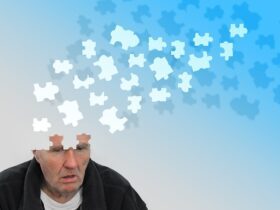 Good News: Lithium May Reduce the Risk of Dementia

Tight control of blood pressure may slow the onset of brain white matter lesions that inevitably accompany aging, according to a new study published by JAMA.

A magnetic resonance imaging of 449 people showed that hypertensive patients who were able to lower their systolic blood pressure below 120 mmHg had significantly less lesions in the white matter of their brain, compared to patients whose pressure was lowered to 140 mmHg. mmHg.

The decline in brain volume in the first group of patients, however, was slightly higher than in the second.

Having high blood pressure is often associated with cognitive problems, one of the hypotheses concerns the appearance of lesions in the white matter.

Patrice Brassard, Research Center of the Quebec University Institute of Cardiology and Pulmonology

The white matter of the brain is under the cortex [the outer layer of the brain] and allows the flow of information. The appearance of lesions will slow down this circulation, and that is why with age one sometimes has a bit more misery to learn, or some information is more difficult to get , explains Mr. Brassard.

Hypertension would therefore accentuate a phenomenon that is difficult to escape as you get older.

If we look at the advancing age, but in health, we will see an increase in the volume of these lesions, but at a much slower pace.

Epidemiological studies have found the link between changes in white matter and cognition and dementia. However, we do not yet know from what volume of lesions the problems begin.

This study opens the door to research using other non-pharmacological approaches such as exercise to be able to reduce pressure , adds Brassard.

Exercise is known to have beneficial effects on brain health, so it could be via lowering blood pressure in the long run.