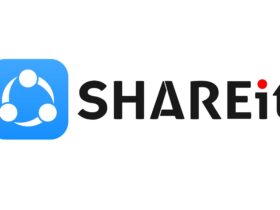 A huge fossilized skull buried in a well in China over the past 90 years has just been found by scientists, and it’s making them re-analyze human evolution.

The skull was initially discovered in 1933 by Chinese workers building a bridge in Harbin, a Chinese city in the country’s northern area, while it was under Japanese occupation, the researchers mentioned.

To prevent the skull from being taken by the Japanese, it got wrapped and hidden in an abandoned well.

The skull was rediscovered three years ago when the old man who initially hid the skull told his grandson shortly prior to his death.

The impressively preserved fossil was labelled as a new human species, known as Homo longi, by Chinese scientists.

The species also got the nickname of “Dragon man,” due to the region where it was found, Heilongjiang, which translates to the “Black Dragon River” region.

In a sequence of articles posted in the research journal the Innovation on Friday, scientists speculated that the skull comes from a roughly 50-year-old man.

Analysis suggests that he would have had an enormous nose to allow him to breathe unrestricted during intense activity and likely would have been built sturdily to survive the harsh regional winters, the researchers mentioned.

One of the most impressive traits of the Harbin cranium is its vast size, which is 9 inches long and over 6 inches wide. Its size is considerably larger than that of a modern human skull.

Also, the skull has a cranial capacity of roughly 1,420 millilitres or 48 fluid ounces.

The cranial capacity is similar to that of a modern human, but the skull also presents numerous primitive features that make it a unique link between modern humans and Neanderthals.