A little stress can be beneficial to your mental and physical health, but over-the-top pressure results in nervousness, depression, and health issues. It can also hasten your aging process.
So, if you don’t want to become old quickly, striving to be more stress-resilient is essential.

According to studies, persons who are not adept at controlling their stress might risk dying early by 43%.
The rise in fatalities might be partly attributed to the impact of stress on DNA. The DNA in practically every cell (excluding red blood cells) carries genes that code for the building blocks (proteins) that make up your body.

DNA is made up of two strands braided together in the distinctive “double helix.”Your cells are continually replicating themselves, and when a cell splits, the two strands unwind and an exact duplicate of each is made— but not all of the time. 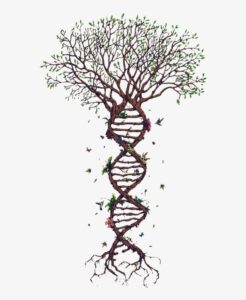 What Are Telomeres Caps And How They Keep Us Young and Healthy?

Errors can occur during the replication process, particularly at the ends of DNA strands.These errors can result in mutations in the replicated DNA, causing the cell to become malignant.
Fortunately, cells have protective caps called telomeres at the ends of the DNA strand to prevent these errors from occurring.Telomere caps are similar to bead sequences (telomeric repeats).

Each time a cell divides, one bead of telomeric repeats is lost to the following generation.Unfortunately, each cell has a limited number of repetitions, which means that it can only duplicate so many times before the protective telomere caps dissolve. The Hayflick limit is the number of cell divisions.

It self-destructs safely when a cell hits the Hayflick limit (usually up to 60 cell divisions).This is the essence of becoming older. 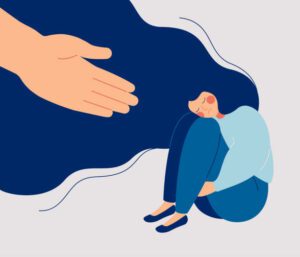 Telomerase molecules are found in several cells in the body, particularly immunological cells that fight infection.

They can restore the beads (telomeric repeats) in immune cells and in some others, such as malignant cells, implying that aging in these cells can be reversed.This makes sense since immune cells must duplicate numerous times to combat viruses and bacteria. They would hit their Hayflick limit and vanish without telomerase, leaving organisms vulnerable.

Unfortunately, as individuals reach their 80s and lose their immune cells due to age, even telomerase ceases to function correctly.

It’s Not Altogether out of your Hands

Tobacco use, excessive alcohol use, overweight, and tension are linked to telomere shortening.
When a person is under a lot of stress, telomerase doesn’t perform as well, which leads to accelerated aging.

Adopting a healthier life, such as following a plant-based diet, can help to slow or even reverse the process.
Regular exercise, particularly intensive workouts, can also boost telomerase activity. So living a healthy lifestyle and controlling your stress can help slow down the aging process. Living Life in a Protective Bubble

So there is no need to shield yourself from all stress, just from unrelenting long-term discomfort and stops you from living your life as best.

Accepting stressful situations and utilizing coping mechanisms such as requesting aid from friends or becoming inventive when faced with problems can lead to stress resilience, linked to longer telomeres.Also, reevaluating an anxiety-inducing event, such as giving a public speech, by experiencing it as thrilling might help you manage stress.

These approaches can prevent stressors from turning into discomfort and improve stress resistance.

Resilience is defined as the capacity to recover from hardship by becoming adaptable to daily pressures.
Mindfulness can help you become more resistant to added stress and problem-solving, as well as social support, and effective use of coping mechanisms.

Other strategies include reading a book, listening to music, or playing a computer game that is a joyful experience.
Positive emotions enlarge your thinking, allowing you to recognize and rely on your psychological, intellectual, and social resources, especially when facing hardship.

It’s unclear how certain positive emotions change telomeres and, hence, the aging process.
Telomere length and telomerase activity in your cells, on the other hand, appear to be adversely influenced by stress and favorably influenced by stress management. So, if there are any lifestyle modifications you can do to serve you better, you should consider doing so right now.
They may not make you live as long as an Arctic shark, but they may add years to your life.