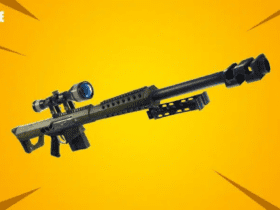 Scientists recently discovered a more slender kind of red giant star. Possibly owing to the presence of a hungry neighbor, the stars have lost a lot of weight. Discovery reported in Nature Astronomy is a crucial step in comprehending the lives of stars in the Milky Way, our nearest stellar neighbors.

Our galaxy is home to an enormous number of so-called “red giant” stars. In 4.5 billion years, our Sun will look like these cool and dazzling things. Scientists have long anticipated the possibility of red giants with reduced mass. The team from the University of Sydney has now found enough of them to validate their presence.

The vast majority of the stars in the night sky are gravitationally connected to one another in binary systems. Certain matter may be dragged into the partner star’s gravitational field and drawn away during the expansion of nearby binaries, as stars are doing as they mature.

Astronomers discovered two sorts of strange stars: low mass red giants, plus red giants that are less bright. The scientists detected just seven of these dim stars, but they believe there are many more in the data set.

It was not possible to account for these anomalous data points based on basic stellar evolution predictions alone. As a result, the experts came to the conclusion that surrounding stars must be stealing material from these stars, causing them to lose mass at an alarming rate.

Asteroseismology, the science of star oscillations, was used by the scientists in order to assess the parameters of the red stars.

The surface attributes of a star, such as its temperature and brightness, are the only ones traditionally studied. Astroseismology, on the other hand, makes use of sound waves to go further.

By using this technique, the scientists were able to accurately calculate the phases of evolutionary development as well as the masses and sizes of stars. The distribution of these parameters revealed an unexpected finding: some stars have very small masses or diameters.