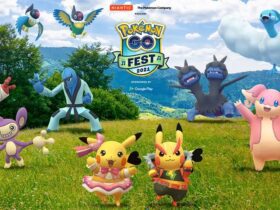 When Windows 10 was reigning, a lot of rumors were going on claiming that Microsoft would update it forever rather than release a new operating system. Whether users liked it or not, that’s how the situation was looking at that point.

Meanwhile, Windows 11 came out last year in October, the successor of Windows 10. As was expected, people started to wonder if Microsoft would prefer to update Windows 11 rather than release another operating system at some point in the future. But we may finally have the definitive answer.

Microsoft will release a new OS once every three years

Such a policy is a bit different from how Microsoft has been dealing with things until now regarding its operating systems. Windows 10 has kept receiving updates since its release in 2015, and it went all the way from a heavily-criticized operating system to a fairly decent one.

The previous Windows 8.1 was launched in 2013, while Windows 8 came out in 2012. Windows 7, on the other hand, probably the most beloved operating system of Microsoft, was launched in 2009. Therefore, you can easily conclude that a three-year schedule for releasing new operating systems isn’t something entirely new for Microsoft. It will be more like a comeback to the roots, some people would say.

The good news is that the same report indicates that Microsoft will also release new features for the current Windows version from the market. This means that even if the Redmond-based tech giant brings a new operating system, it won’t completely forget about those netizens who still prefer older versions of Windows.

What’s for sure is that there is no such thing as the perfect operating system since technology is permanently evolving, and people always want something more.