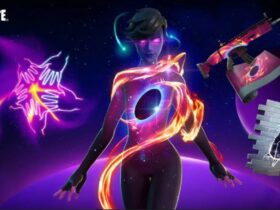 Hitman: Absolution is one of those stealth games that you would take with you on a desolate island. It has everything it needs to be considered one of the best pieces of its genre. In case you’re too good at making Agent 47 sneak behind his enemies and take them down with ease, you can always activate the hardest difficulties.

Last week, our publication revealed a top-tier list of Hitman: Absolution’s missions, and we’re glad to bring you another one. The latter comes from a player who successfully completed the game, which can only mean more reliability in the ranking.

Finally completed Absolution, here’s my take on ranking all of its levels from HiTMAN

If you ask us, we believe each and every mission of the game has its own flavor. There’s no such thing as an easy mission in Hitman: Absolution, but at the same time, Agent 47 can get a lot of help throughout his journey to finish his dirty work. There are all sorts of weapons and tools to find across the maps. If you’re not a fan of machine guns, silenced pistols, or sniper rifles, you can also use apparently harmless weapons to take down your opponents in the game. Agent 47 can even use broken bottles, scissors, or a hammer to eliminate his opponents.

Despite his many options when it comes to killing, Agent 47 has also been showing a positive side throughout Hitman: Absolution. For the very first time, the legendary assassin manifests positive human feelings toward a child, which he aims to protect and save at all cost.