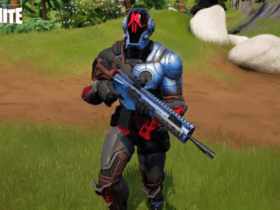 Does God exist? If so, how can we be sure of his existence? Does life has any objective person, or is it just the outcome of cosmic disorder and pure luck? People had been asking those questions since the dawn of time.

The Universe and human life are far too complex to have appeared by chance. Surely you’ve already heard such statements before. Hearing them from a priest, for instance, is not too surprising. That’s his job, to tell us in one way or another that there is a grand design, some sort of supernatural plan behind our physical existence. But hearing a statement like that from a scientist is clearly something else, as scientists usually seek solid proof.

We are often told that priests, pastors, and other members of religious groups believe in their doctrines without seeking evidence. But is that really true?

Faith in God is NOT hindering scientific study

Karin Öberg is a professor of astronomy and director of undergraduate studies at Harvard University. She is a former atheist but now believes that faith in a cosmic creator is far from hindering scientific research. She believes that the design of the Cosmos indicates the existence of a supreme being. CNA brings us details about her statements.

On the contrary, faith has helped many scientists along their objective search for the truth, as the Harvard scientist believes. One of them is Georges Lemaître, a priest who first proposed the Big Bang theory that’s today broadly acknowledged in the scientific world as the best theory that describes how our Universe began to exist.

I can’t help but wonder if … the reason that he had the idea, instead of some of the other brilliant scientists that he was surrounded by, had something to do with his Catholicism. I mean, he already knew, by faith, that the universe had a beginning in time,” Öberg said, referring to the Catholic belief in creation as narrated in the Book of Genesis.

And I can’t help but wonder that that made it easier for him to accept this idea … [and] there’s a reason, I think, that many atheists were very concerned about The Big Bang theory as it was being presented.

Feel free to bring your own comments on the news!