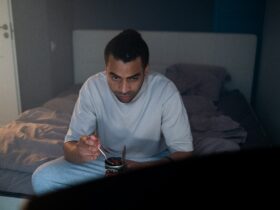 WhatsApp is one of the world’s most popular instant messaging services. Facebook owns it, so it is somewhat of a complementary service to Messenger, which Facebook also owns.

WhatsApp gained so much popularity thanks to several factors. First of all, it’s straightforward to set up and use. There’s also the fact that you don’t have to pay a dime to use it (nowadays). Though it used to run on a subscription, it is currently free to use, except from the Business version. There’s also the fact that its user interface is straightforward to get the hang of. The app has numerous features that make life easier. Instant messaging, voice/video calls, sharing locations, images, contacts are things we take for granted nowadays, but they were a pretty special thing some years ago.

WhatsApp is an app like any other. It receives occasional updates so the developers can ensure the service works flawlessly and reliably. Also, WhatsApp puts a solid emphasis on data safety, and the end-to-end encryption they offer is one of the main advantages it has over the competition.

WhatsApp has recently reached version 2.21.9.3 beta. These are the patch notes of the update:

“* Image and video previews have been updated so you can now see more of the media in chat.

* All participants in a group can now change the Disappearing Messages setting by default. Admins can still have control by changing the “Edit Group Info” setting.”

As you can see, the update is in the beta phase, meaning that it isn’t available for all users yet. It can only be accessed by the members of WhatsApp’s beta program. A wider release will happen soon, though!