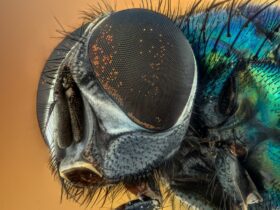 Shawn Fonteno is the actor who’s best known for playing the voice of Franklin, one of the protagonists of GTA 5. Franklin is that young and rebellious ghetto guy who’s eager to climb high on the criminal rank, and he’s desperately asking for Michael’s help.

GTA V was the first game in the legendary Grand Theft Auto series to introduce not one but three protagonist characters. Each of them has its own particularities, traits, and charm. What the actors behind the characters achieved is perhaps one success that will never be reached by any other video game.

Shawn Fonteno wanted to quit GTA 5 on the first day

ComicBook.com reveals why Shawn Fonteno wanted to quit the GTA 5 project on the very first day. He revealed his experiences in his new book called ‘Game Changer: My Journey From the Streets to Your Video Game Console.’

When Shawn entered the Rockstar studio, he was surprised to find out that the job implied something else than just recording lines of dialogue. He had to wear a tight motion capture suit, something that he wasn’t too comfortable with. On that day, he was thinking of quitting the job. The director of GTA V had to convince Shawn to stay after making a compromise. He ordered all of the employees of the company to wear a similar suit. In this way, Shawn felt more comfortable with what he was doing for the Franklin role.

As GTA 5 still enjoys a lot of popularity, especially for its online mode, a  lot of folks are eager to get their hands on GTA 6. Rockstar remains dead silent about the sequel, but it should be only a matter of time until we find out some official info.

What do you think? Could anybody else have been able to play Franklin in GTA 5 instead of Shawn Fonteno?