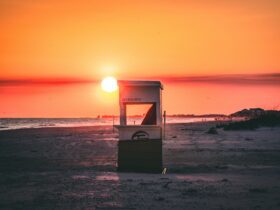 The online mode of GTA 5 (GTA Online) is once again going through changes that will delight the fans. For this summer, Rockstar brings new gameplay improvements, including the possibility for the players to sell their affairs during sessions based on invites, a flying motorbike, and more, as nme.com reveals.

A new blog post from Rockstar reveals that new gameplay updates and top-requested improvements will arrive this summer, so there’s proof that we should definitely expect something big!

Rockstar also says that the recent update of GTA 5 for both PlayStation 5 and Xbox Series X/S consoles has made more players than ever run the famous game on their platforms.

With more players than ever taking to the streets of Los Santos thanks to the recent launches on PlayStation 5 and Xbox Series X|S — we’ll be working to improve the overall GTA Online experience with new gameplay updates, adding top community-requested experience improvements and upgrades to make it easier for players to enjoy everything GTA Online has to offer.

GTA Online gives players the freedom to compete against each other in a massive world, where they have the chance to become pretty much anything they want. They can even work together to complete various missions and much more. If you’re tired of Franklin, Trevor, and Michael, don’t worry! In GTA Online, you even have the chance to create your own character in the way you want!

The world already knows for plenty of time that GTA 6 is in the works, and even Rockstar confirmed that it’s working on a new Grand Theft Auto title. People can still speculate that the studio wasn’t referring to GTA 6 but to another GTA title, but that hypothesis isn’t too probable.