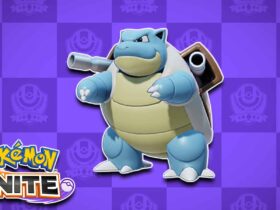 Pokémon UNITE: How To Make The Most Of Blastoise In The Game

Grand Theft Auto 6’s writers should take a cue from the way Grand Theft Auto 5’s Lamar was written, as he is one of the series’ funniest characters. Some of the better parts of the game are depicted in cutscenes involving Lamar, and his relationship with the Franklins is the best one in the game. GTA’s comedy has a bright future if it continues in his vein.

Even if their interactions make it seem otherwise, Lamar is Franklin Clinton’s best buddy in Grand Theft Auto 5. As a low-level criminal attempting to make it big, Lamar often makes rash decisions and doesn’t give his plans much thought. Because of this lack of planning, Franklin is constantly coming to his rescue. Though Franklin is constantly saving Lamar from himself, his lively nature makes Lamar’s presence more enjoyable than tiresome.

Trevor, the game’s second main comedic relief character, takes a radically different approach to his jokes. Although they are both reckless, Trevor’s is more menacing than amusing. Instead, Trevor’s comic moments typically include him saying or doing something unexpectedly shocking or ridiculous in the middle of the scenario. Even before the game came out, Trevor was advertised in a way that marked him as someone who wouldn’t cross the boundary of propriety. His on-field performance proves that assessment to be spot on. Trevor in Grand Theft Auto 5 has a kind side, although it’s largely hidden beneath his terrible attitude and actions.

Both Lamar and Trevor have comedic potential, but Lamar’s humor stays with you much longer. Many of the laughs at Trevor’s jokes come from his abrupt demeanor. The player’s abrupt punchlines lose most of their effect after being viewed for the first time, as the surprise of the action wears off. Lamar’s exchanges with Franklin, which might span multiple scenes or even missions, are a major source of the game’s humor. When Franklin and Lamar are in the same room, they almost never fail to produce a hilarious moment, whether it be Franklin’s responses to Lamar’s rash decisions or Lamar’s rapid retorts.