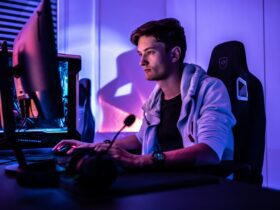 You Can Now Play These ‘Elder Scrolls’ Games for FREE

GTA 5 is well-known as the pinnacle of the legendary Grand Theft Auto series. GTA 5 has everything an RPG needs, and it’s hard to imagine how GTA 6 can be any better. Of course, the fans sure want more from the franchise, and the sequel sure has to bring something new.

The Gamer reveals how GTA 5 continues to sell like hot cakes even today, at almost eight years since the game’s initial launch. Only in the last three months of 2021, GTA 5 was sold in roughly five million copies. Thus, the game has reached 155 million copies sold worldwide.

The second best selling game of all time

GTA 5 continues to be the second best-selling game ever after Minecraft. The latter has been sold across the world in about 238 million copies.

What could be the reason behind GTA 5’s hegemony? Except for the game’s sheer quality, the developers at Rockstar Games are doing their best to bring regular updates. The main focus is on the online mode of the RPG (aka “GTA Online”), which grants the opportunity for many players throughout the world to meet and compete against one another.

GTA 5 will also be upgraded by the developers so that the game will exploit the advanced characteristics of the next-generation PlayStation 5 and Xbox Series X consoles that were released a year ago. The update has been delayed for March 2022, and the fans have all the reasons to be eager to try it.

GTA 5 has taken the industry of open-world games to a whole different level, but that doesn’t stop the fans from wanting even more from GTA 6. Judging by the rumors, the sequel will have its location in Vice City. The idea of going back to previous locations and improving them has proven to be useful in the Grand Theft Auto series. It happened the same with GTA V, the game that exploited Los Santos, a map initially used in GTA San Andreas,