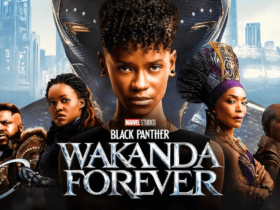 Perhaps we’ve all been dealing with spam calls. A spam call can be defined as a telephone call that is made for the purpose of delivering an unsolicited or unwanted message, usually in the form of a sales pitch or advertisement. Spam calls are often made using automated dialing systems and are typically made to a large number of people at the same time.

Spam calls can be annoying and disruptive, and they may also be used as a tactic to scam or defraud people. Some spam calls may attempt to obtain personal information or trick people into giving away sensitive information or money. It is generally best to avoid answering or interacting with spam calls and to use caller ID blocking or other tools to help prevent them.

A “Suspected spam caller” label will appear on the incoming call screen thanks to Google Voice’s new update in question in order to tackle spam calls, according to 9to5Google.

For a higher level of efficiency, the label will show itself on both the call screen, meaning underneath the number and as the caller avatar, as well as within the history list.

As soon as you’re an end user, you’ll have the chance to react to the label the way you want, either by confirming or denying that the caller really has spamming intentions or not.

If you’re wondering how Google can figure out if a caller is suspected to be a spammer, the answer is simple, in a nutshell: Artificial Intelligence.

Google is currently rolling out the new feature, which means that it should arrive to everybody soon enough. Keep an eye on your phone!

You will be able to locate the label in question in Settings > Security > Filter spam is set to off.