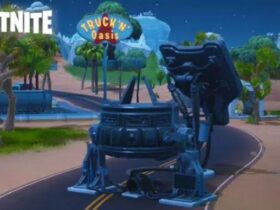 Rift Zones Return in Fortnite – What to Expect

Google is one of the most successful tech companies of all time. It gave the world numerous goodies, including the search engine that made the company so famous, a global satellite imagery service (Google Earth), navigation options (Google Maps) and much more, especially after the company acquired other services like YouTube.

However, one of the most popular Google products that many people see on a regular basis is Android – the mobile operating system.

Android is highly complex as it has to run on thousands of different devices all across the globe and be equally reliable on all of them.

To achieve that, Google introduced Google Play services, which is the app that takes care of the operating system. It helps with numerous core functions and speeds up offline searches.

With each new version, the app gets increasingly better in minor ways that, in return, often have a significant impact on the user experience.

The app normally updates itself automatically, as it is one of the low-maintenance apps of the Android operating system. However, there are cases when the update doesn’t occur for various reasons.

If that is the case for you, we strongly suggest sorting out the problem (if there is any) and updating the app as soon as possible.

Without it, you will be missing the core functionalities of your device, and many apps will refuse to work altogether.

As we mentioned before, Google Play Services is one of the fundamental apps of the Android operating system.

It simply can’t work correctly without it, which is why you should pay attention and make sure that the app is updated at all times.