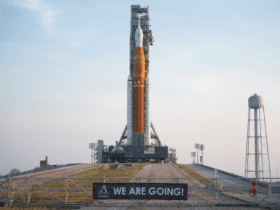 Looks like Google is feeling the pressure to keep up with the foldable smartphone craze. With companies like Samsung and Huawei already releasing their own foldable phones, it seems like it was only a matter of time before Google jumped on the bandwagon.

But let’s be real – we all know that when it comes to technology, Google rarely disappoints. So we have no doubt that their foldable phone will be a game-changer (or should we say, fold-changer?).

Google Pixel Fold will likely launch in Q4 of 2023

Android Authority spotted an article on The Elec revealing a possible release time for the long-awaited Google Pixel Fold. If the information is true, Google’s first foldable smartphone will arrive on the market at some point during the final quarter of 2023, while it will go into the manufacturing phase during Q3 of the new year.

Google sure has in store a lot for the new year. 2023 will be the year when the Mountain View-based tech giant will make a splash with the unveiling of its highly anticipated midrange Pixel 7a smartphone and the Android 14 operating system.

The Pixel 7a is rumored to be packed with some powerful features, including a sleek design, high-resolution display, and powerful processor. And with the Android 14 OS, you’ll have access to many of the latest apps and features, making your smartphone experience even better.

One thing is for sure – the competition in the foldable phone market is about to get even more interesting. Keep an eye out for Google’s foldable phone, coming to a pocket near you (assuming it fits, of course).

You can definitely get more screen real estate with a foldable smartphone, as you’ll have a larger display to work with. This makes it easier to watch videos, play games, and do other tasks. And when you’re not using it, you can simply fold it up and slip it into your pocket.