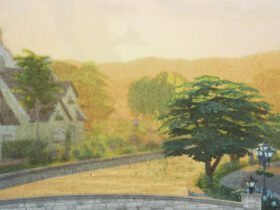 During a new interview, Eric Williams, God of War Ragnarok’s game director, shared that a DLC is not likely to be released in the near future.

The reason he gave was simply that the developers have already put more than enough content into the game, meaning that a DLC is just not needed or would have little to nothing to add to an already complete storyline.

At the same time, however, those who were hoping to get one, should not give up hope completely since Williams did not rule out the possibility entirely, suggesting that something could still be released for the gamers who want some closure after the end of Ragnorok.

Just make sure to manage your expectations since this is ultimately very unlikely to happen.

The news comes after many fans of the game took to their platforms to express disappointment over the lack of a story-driven DLC for God of War Ragnorok.

At the same time, however, it’s worth noting that Santa Monica’s choice to skip such bonus content makes perfect sense since all the unexplorable areas in the original games get explored in the sequel.

While chatting with Kinda Funny Games in a  new interview, Game director Eric Williams talked about the game and confirmed that, just like its predecessor, Ragnorok would not be getting a DLC, much to the disappointment of die-hard fans who were looking forward to more content in the same universe.

Not to mention that the game seems to wrap up while still leaving behind quite a few loose ends that would benefit from a DLC.

That being said, it’s no wonder fans are disappointed to hear about this decision.

At the same time, it’s good to note that the game director did not completely rule out the possibility of making a DLC after all!

And sure enough, it’s very well possible that the devs are simply unaware of DLC plans themselves at this point since the game has been out for no more than a few weeks.

What if the potential God of War Ragnarok DLC will set the stage for an upcoming new installment in the franchise?

It could definitely be an interesting turn of events but only the future will tell if it’s going to become a reality or not!