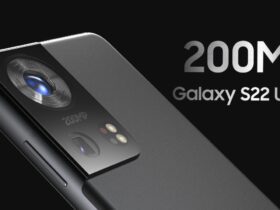 We are beginning to hear more and more about the forthcoming Galaxy S23 series devices that Samsung will be releasing. Even while this is really thrilling, there is a good chance that there will be a deluge of information as the day of the event draws near. It would seem that Samsung will have more than simply a new array of smartphones to showcase at next year’s Unpacked event, despite the fact that the firm has not yet disclosed a date for the event.

SamMobile reports that Samsung will be introducing its next-generation range of Galaxy Book notebooks concurrently with the launch of the Galaxy S23 smartphone. The news site was able to verify via its own network of sources that new high-end Galaxy Books would soon be introduced, each of which will include upgraded specs in comparison to its predecessors. Regrettably, that is all the information that is currently available, since the outlet was unable to confirm particular components such as CPUs or memory settings.

However, it did anticipate that the new models would be equipped with CPUs from Intel’s 13th generation and that some of the devices will feature specialized graphics processing units. In addition, it was said that the forthcoming Galaxy Book laptops would come equipped with Super AMOLED panels. Furthermore, it went one step further and mentioned that some versions might come with a S Pen pen already installed. The vast majority of the aforementioned features have been included in previous iterations of Galaxy Book, therefore it seems reasonable to assume that these rumors are accurate. For the time being, all we have is a tidbit of knowledge at our disposal, but as more time passes, there will almost certainly be more. It is important to keep in mind that if Samsung does launch new laptops at its next event, the show might wind up being quite crowded and include a large array of items.