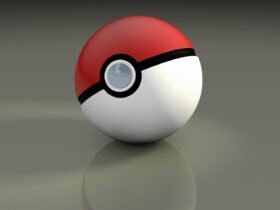 Call of Duty: Warzone and Fortnite are two of the most successful and widely played battle royale games. Free, iterative, and always evolving, both of these games captivate players. Battle royale games have been more popular in recent years, but there are still millions of gamers who are either undecided or scared by their complexity. We’ve spent a lot of time playing both Warzone and Fortnite, so we know which one is best for you. In order to get the most out of your gaming experience, you need to be aware of the ways in which these two games vary.

The visual and aural differences between the two games are the most striking. In Fortnite, the colors are bright and flat, with little focus on reality; in Warzone, the reverse is true. In terms of visuals, Warzone has a distinct advantage since it seems more like something you’d really see in the real world.

Because of Fortnite’s aesthetic design, skins and cosmetics from many popular TV series, movies, comics and video games may be used. You won’t be able to play as Kratos from God of War in any other video games. Epic Games is free to employ any well-known celebrity in Fortnite because to the game’s visual aesthetic. The Texas Chainsaw Massacre’s Leatherface, Billy the Puppet, and Judge Dredd, to name a few, all appear in Warzone as officially licensed characters. However, as you can see, there is a lot less variance in Warzone than there is in Fortnite.

It’s difficult to choose a favorite when it comes to aesthetics since we value both equally. It all boils down to a choice between realism and diversity. The sheer amount of playable characters in Fortnite is impressive, but nothing beats the thrill of taking on the role of Scream’s Ghostface Killer in Warzone. It’s exciting to play a battle royale game since it continually changes. Fortnite may seem like two entirely different games if you’ve played it recently versus when it first came out. A new map has been added, the plot has been fleshed out to resemble something out of a big motion picture, new game types have been added, and the game’s cosmetics have grown in number.

Despite its modest start, Warzone has evolved a lot since its introduction. At first, Caldera was used to replacing the primary map, Verdansk, which had been re-imagined as a 1984 version to correspond with Black Ops Cold War. Since each Call of Duty release will coincide with Warzone, the battle royale will undergo considerable alterations to its environment and armaments depending on the mainstream iteration that comes each autumn. Interestingly. There is a problem with the frequency of the game’s major modifications, which aren’t quite as often as those in Fortnite.

Whether it’s an NPC to engage with throughout the map, an event, a mode, or a site of interest, Fortnite appears to gain something new every week. This isn’t a game-changer, but it is enough to keep the game interesting. A new map version is released every few months, with additional landmarks added to the plot as it progresses. It’s hard to argue that Fortnite’s content is any better than Warzone’s in terms of both frequency and quality of new content. Activision may add additional reasons to play Warzone in the future, but for the time being, Fortnite is the clear winner in this area.

Before making a decision, there are a few more important distinctions to keep in mind. Having access to Fortnite across a wider range of devices gives it a distinct edge. Fortnite is available on just about every current gaming platform, including mobile, PS4, PS5, Xbox One, Xbox Series S/X, PC, as well as Nintendo Switch, to name just a few. When compared to other games, Warzone can only be played on a PS4, Xbox One, or PC. There are more devices on which you may play Fortnite, which means that it is more convenient to play. It’s hard to get beyond the fact that Warzone takes up a tremendous amount of space on your hard drive, regardless of platform.