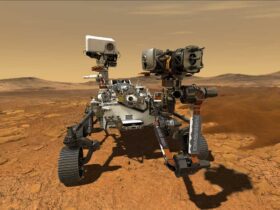 After the tragic incident at Travis Scott’s ‘Astroworld’ show in Houston, Epic Games has removed a Travis Scott emote from the Fortnite Shop. More specifically, the entire “Daily” section of the item shop was removed, section which contained the rapper emote as well.

Eight individuals, ranging in age from 14 to 27, died during the event in what has been dubbed a “death trap,” in which victims were trampled to death and smothered in the throng. Following the tragedy, a 9-year-old is in a medically induced coma. Numerous others were hurt.

In April of 2020, during the start of the COVID-19 outbreak, Travis Scott put on a really fantastic in-game Fortnite performance. Travis Scott skins and emotes were offered in the Item Shop by Epic Games, and the artist had his fastest and most profitable concert to date.

A Fortnite performance is unquestionably safer than the actual thing. Astroworld in Houston had a crowd of over 50,000 people. Though inquiries into the incident continue, the location was not suited to manage such a huge and rowdy audience. Witness descriptions of the incident are both terrifying and heartbreaking.

Removing these products in the immediate aftermath of the tragedy doesn’t have to mean they’re gone forever, but we anticipate the tragedy’s severity will preclude them from returning to the Item Shop anytime in the foreseeable future.

The emote has a clip from Scott and Jackboys’ song “Out West,” as well as dance inspired by a popular TikTok video performed to the same tune. It originated in the app in August 2020 and has been released at least monthly since then for 500 V-Bucks (approximately $3 to $4). Users who originally bought the emote, as well as a Travis Scott skin that was offered for sale in April 2020, may still use it in the game. 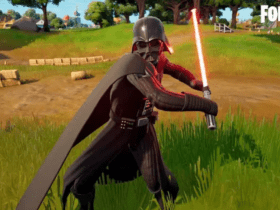 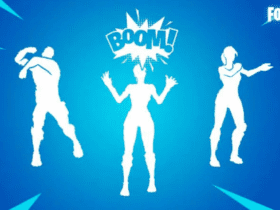