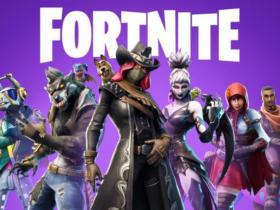 Fortnite update 20.40 is ready to kick in and add some of the most exciting content. Luckily, we’ve got you covered and compiled a list of everything you need to know!

Fortnite Chapter 3 Season 2 is also very close to an end, so one final mid-season update is really necessary. The upcoming one is said to bring an Obi-Wan Kenobi skin and some much-needed clues for the Doomsday Device finale. How cool is that?

Here is what you need to know. We’ll update the article as more details about the Fortnite v20.40 update will be available.

Fortnite v20.40 Update: What to Expect

Based on how much content Epic will add, the downtime could last up to two hours, so be patient.

Probably the most exciting news about the upcoming Fortnite 20.40 update is the Obi-Wan Kenobi collab! We’ve got a lot of Star Wars content so far, but it seems that Epic Games won’t stop here.

The collaboration comes after Jedi will get a Disney+ spin-off series airing on May 27. For fans, this is amazing. Check out the following Obi-Wan Kenobi teaser shared by popular tipster ShiinaBR posted on Twitter:

The Wild Weeks are finally back and the first one is the Sideways Showdown Week! The event comes with the Sideways Rifle and the Sideways Minigun, and some cool challenges to complete, of course.

The Sideways Showdown Week is available until May 24 at 8:59 AM. A new Wild Week will take over shortly after that.

After LoserFruit and Bugha dropped on the island, now it’s Ali-A’s turn to get a skin and matching cosmetics. That’s part of the Icon Series lineup.

Ali-A’s skin will be available in the Item Shop from May 19. But you can also get the outfit for free in the Ali-A Cup on May 18.

Check out the Ali-A skin:

The Collider is the new POI you’ll notice right away! What’s best is that you can now return to the Tilted Towers because the battle is over.

Check out the new POI below:

Fortnite v20.40 Update: the Lightsabers Are Being Vaulted

The Lightsabers will be vaulted following the Fortnite v20.40 update. The news comes after the current Star Wars’ May 4th celebrations will soon end.

Finally, update 20.40 is believed to bring the final Doomsday Device. Throughout Season 2, the IO and Doctor Slone have been hinting at a Doomsday Device that could bring havoc upon the island. So, the chances for that to happen now are pretty high!

The upcoming update will bring the following bug fixes: