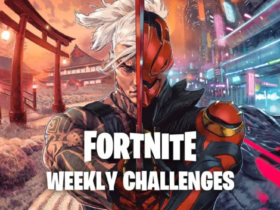 Players may put their talents to the test and establish their dominance in Fortnite’s battle royale genre thanks to the game’s competitive modes. When it comes to fostering and growing the competitive scene in their games, Epic Games is well-known for sponsoring cash cups and other tournaments. Also, a lot of money is constantly at stake. But don’t think for a second that Epic Games is resting on its laurels simply because things are going swimmingly.

Changes to the competitive landscape in Season 4’s Third Chapter are outlined in a recent blog post by Epic.  In Season 4, Divisional Cups have been added to Fortnite.

Divisional Cups is a new style of play for teams of two that debuted in Season 4. On September 24th, players in your zone may compete in the Placement Cup to earn a spot in one of three new competitive tiers for Fortnite: Contender, Challenger, Elite.

To compete for weekly cash prizes in the Elite division, teams must finish in the top 200 duos in the Placement Cup to be promoted to the Elite division. Before the Placement Cup starts, you must have advanced to the Contender League in the Battle Royale Arena. Two rounds of competition will take place in the battle royale arena with only the top 1,400 duos advancing to the next round. There will be an Elite category consisting of the top 200 duos from Round 2, and a Challenger division consisting of the next 1,000 duos.

Regional Divisional Cups will be held every week on Wednesday and Friday. To qualify for the weekly Elite Cup Finals on Saturday evenings, players in the Elite Division must take part in Day 2 of the Elite Cups.