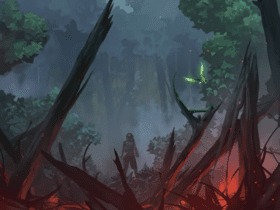 Fortnite returns to iOS thanks to Epic Games and Microsoft’s new partnership that bypasses the long-standing Apple ban. As great as that might be, there are still some things you should know before you get too excited.

Epic Games has carried out its legal battle with the tech giant based in Cupertino for quite a long time. As a result, iOS players haven’t been able to play Fortnite on any of their Apple devices. But that’s about to change.

Learn more about the return of Fortnite to iOS systems below.

Microsoft has just announced that they had entered a new partnership with Epic Games, letting Fortnite become available again via Xbox’s Cloud Gaming. That means you can play Fortnite on your iOS systems through a web browser.

Such a move is also a way that Microsoft chose to expand its “business model to make cloud available to more people.” Even better, the company stated that everyone could play Fortnite on their iOS devices without charging for the game or service.

Take your Victory Royale to the Cloud.

Drop into @FortniteGame on your phone, tablet, or PC with Xbox Cloud Gaming (Beta) for free. No install or subscription required: https://t.co/uh6uFw2PgD pic.twitter.com/P5x4NneZmw

Furthermore, Microsoft discussed how our favorite battle royale would also be their “first free-to-play title” on Xbox Cloud Gaming.

How to Play Fortnite On Your iOS Device?

You can play Fortnite on any iOS device without any subscription or installation of the game. All you have to do is open a chromium-based browser and launch the game!

Microsoft has really surprised everyone with this decision to bring Fortnite on iOS, too, via Xbox Cloud Gaming, after such a long and painful waiting. Soon, there will be more details regarding the subject, followed by some upgrades and other implementations, and of course, even more, free-to-play titles!