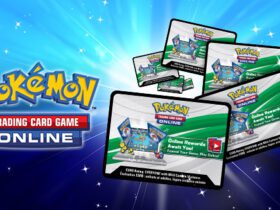 On Tuesday, July 5, the next Fortnite update will be launched. Because of this, we may assume that Epic Games will deploy its next update, 21.20, at some point around 4 a.m. EDT on Sunday, March 17th. The Indiana Jones skin is likely to be added to the game in the next update. In addition, the developer has said that the map will be updated in the near future. Epic has also suggested the possibility of additional summer challenges being included in the July 5 Fortnite release. Players must download and wait for the outage to finish since this is a critical upgrade. There is no official word from the publisher on the length of the outage, but we can assume it will be at least an hour long.

What does the update bring?

With the upcoming Fortnite update, players will be able to play as Indiana Jones. Chapter 3 Season 3 Battle Pass has a “hidden” skin, in the form of Indiana Jones. A couple days after the 21.20 Fortnite upgrade is released, he’ll be available to all players.

Additionally, playres will be capable to acquire the pickaxe and a back bling for their outfits. Exclusive wrap and Indiana Jones Emoticons are also available. A unique spray may also be unlocked by Battle Pass owners for this character.
Indiana Jones, like Darth Vader, a collaborative skin in the present Battle Pass, is unlikely to get any super outfits this season. A new map will be included in the next update, according to the Fortnite competitive Twitter account. Rock Reels and The Joneses temples will be affected by this change.

The next Fortnite patch hasn’t been announced yet, but we may assume that this new site will bring back one of the previous ones from Chapter 1. Given that the Tomato Temple was there on the original map, we may witness its reappearance. The next Fortnite update may bring back a familiar landmark, but it’s likely that this one will have some connection to the Indiana Jones film franchise.

There's an unreleased POI named "The Tower" that is set to be in the place of the Temple between Rocky Reels & The Joneses, and Epic just announced that next update July 5th, the Temple will change. 👀 pic.twitter.com/HYC0RK2fkF