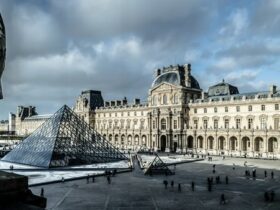 The Fitbit Charge 3 is one of the most popular fitness trackers globally, but it also has some issues, just like any other device.

It has one problem that numerous users are reporting – the device doesn’t work correctly, or the screen goes blank or black.

The problem seems to be widespread as one of the threads on the official Fitbit forum includes hundreds of comments on the subject.

Affected users reported that the screen suddenly freezes or goes blank or black though the device stays active – It still vibrates for notifications or when buttons are pushed and even synchs with the app.

However, though the device remains somewhat active, users can’t do anything with it.

This is one of the most prevalent complaints, and it even got a response from the official Fitbit account:

@FitbitSupport my new Charge 3 seems to be frozen. The screen won’t change at all, even when I connect the charger to it. Is there a way to reset it?

Some people fixed the issue by putting the device on charge.

Additionally, a Fitbit forum moderator mentioned that a simple reboot might help fix the problem.

Rebooting the device is also a go-to solution for numerous other problems of the device, like when the device doesn’t sync or is unresponsive to taps and buttons, or doesn’t provide accurate stats.

Reboots only restart the device and don’t erase the stored data.

To reboot the device, put it on charging, and press and hold the button on the left of the screen for roughly 8 seconds.