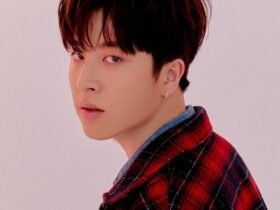 So Jung Hwan from Treasure Tested Positive for COVID-19

Fans of the Final Fantasy franchise are eagerly waiting for Final Fantasy 16. The game will be a PS5 exclusive, and based on the reaction the trailer gained, it is safe to say that gamers are pretty excited about its release. Eikons and Dominants were revealed for the first time, including a peek at Shiva and Titan, as well as Phoenix.

More than that, when connecting elements to countries, we have the Dhalmekian Republic associated with The Eikon of Earth and The Grand Duchy of Rosaria connected to the Eikon of Fire. We know there isn’t a dominant in The Crystalline Dominion, while The Iron Kingdom kills its dominants. However, with that in mind, two kingdoms do not have Eikons, and we also have two missing elements. The Kingdom of Waloed and the Holy Empire of Sanbreque appear to be Eikon-less at a first look.

Finally, The Crystalline Dominant has a banner that contains four representatives, one for each country with a Dominant. We can rule out the stone face, the Phoenix and Sleipnir, as they are associated with the other three holds. The remaining face is a mysterious feminine figure. Based on the blue color of this banner and the feminine presence, many believe that this empire has the Eikon of Water, who might be Shiva.