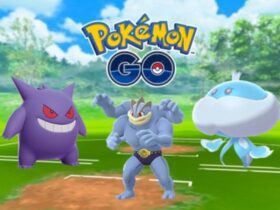 Of course, rumors are rumors, and you never know what’s true. But what does Bethesda have to say about this?

Fallout 5 is full of mysteries, and the past year has been one full of leaks. The series has been a great success for years — the best one from Bethesda. But do we know what’s going to happen in the future? There is no official statement about Fallout 5, but rumors have it, besides it, there is a new game in works: Fallout: New Vegas 2.

Back in January, Tyler McVicker, who is known for his leaks and accurate inside info, has talked about the future Fallout. Some believed that Fallout: New Vegas 2 was a follow-up from the 2010 Fallout game from Obsidian. Others believe it is developed by a third party and that Fallout 5 comes with Bethesda. McVicker said that Obsidian would have nothing to do with New Vegas 2, but we don’t know whether it is a sequel or a spin-off.

Bethesda and their new IP might be trickier than expected

At Bethesda’s E3 2021 event, Starfield was confirmed, and it came with a release dated — November 11th, 2022. While McVicker’s timeline is accurate, we still don’t know anything about the game. Right now, Bethesda is going through some changes, and Starfield will be the first new IP in more than 25 years. The way it is perceived will definitely have an impact in the other planned projects. It’s quite risky, and we cannot wait to see how it goes.

We know that Fallout 5 may come after the release of The Elder Scrolls 6. McVicker’s leak showed that the game might be released in the 2030s, but a lot may change until then.