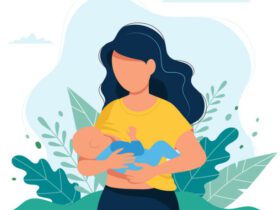 Preterm Babies’ Behaviour Might Reveal Developmental Issues, Such as ADHD

New data reveal that Doomsday Glacier is perilously close to collapse than experts believed. What’s more concerning is that there’s nothing we can do anymore.

The glacier had episodes of fast retreat during the previous several centuries, which might be repeated through melt brought on by climate change, according to a detailed study of the seafloor surrounding the giant glacier.

Read out below all the shocking details.

Doomsday Glacier’s Future is Bleak, and There’s Nothing We Can Do

The protruding seabed ridge known as ‘the bump,’ located about 650 m (2,133 feet) below the surface, served as one of the Thwaites’ former grounding locations. In the latest study, an international team of researchers mapped the area via an underwater robot. What they found is genuinely intriguing yet concerning.

The generated map showed that the ice mass of Thwaites Glacier receded more quickly than it does now at some point during the previous two millenia when that bump was actually supporting the glacier.

What does this mean?

Robert Larter is a marine geophysicist and a recent study co-author. He released a statement, explaining:

Thwaites is really holding on today by its fingernails; […] expect to see big changes over small timescales in the future.

The map revealed that the bump had about 160 parallel grooved lines covering it, giving it a barcode-like look. Check out the photo below:

Those lines are really the impressions of the glacier’s brief elevation above the seafloor, which moved the glacier’s bulk slightly inland before the low tide brought it back down.

What’s more interesting is that each line corresponds to a single day, and together they depict the glacier’s slow progress over around 5.5 months.

Moreover, the lines’ varied depths and spacings correspond to the cycle of spring and neap tides, with the former moving the glacier farther and more violently. The new data worry scientists a lot because it demonstrates that if the glacier gets disconnected from its current grounding point, it may advance considerably.