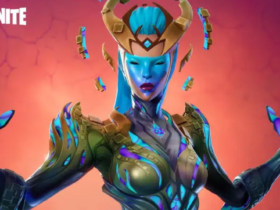 Some fans are still upset that DOOM Eternal’s Invasion Mode has been canceled, but the Horde Mode is a great replacement, and people seem to see that this will extend the game’s life.

DOOM Eternal was launched back in 2020, and it has been a success. They did promise they will get more content and updates. Despite being a pandemic, the team behind the game managed to support it with The Ancient Gods DLC and the new Master Levels. The first gameplay showed an Invasion Mode, which was an opportunity for players to start the single-player campaigns as demons. But then, producer Marty Stratton announced that the mode was being canceled. Because we started working from home, Invasion Mode is no longer happening, but there is something else we should all be looking forward to: Horde Mode.

Horde Mode will just fit perfectly into the DOOM game. It’s something players have always wanted ever since its launch. DOOM is all about the gameplay, and players started to re-play the same campaign levels. Horde Mode allows you to get fully into the content. So you won’t be replaying the same maps and doing them in the same way, but you will be focusing on a combat loop.

Of course, Invasion Mode would have been fun to play, but would have really offered anything new? It might have also caused frustration in playing other games, so perhaps this might be for the best.

Battlemode has been struggling for a very long time to keep a player base ever since its launch, and it needs to make some changes. For now, Horde Mode has been announced as a single-player mode, and we’re still waiting for that multiplayer mode — the multiplayer community is not that great right now.

We can only hope that Horde Mode is exactly what we need right now — a celebration of DOOM’s incredible gameplay.