Did you know that approximately 1 million plastic drinking bottles are bought every minute? As intriguing as this might be, there’s a catch. Most plastic bottles end up in landfills, creating a tremendous amount of waste.

To avoid that, many people choose to reuse their water bottles to save money and lower plastic waste. But how safe is this “reuse trend?” According to a new survey, the consensus was 75 % “likely.”

Plastic water bottles are made of something called “PET,” which stands for polyethene terephthalate. This material is clear, lightweight and used as a package for a lot of foods and drinks.Â

In the USA, UE, and many other parts of the world, PET is approved as safe for contact with drink and food. But why some are concerned about reusing PET bottles? 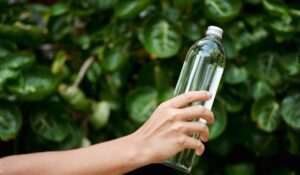 According to some online articles, reusing water plastic bottles can lead to various diseases because of certain chemicals released from the plastic. Is this true?

BPA (bisphenol A) is one chemical that worries many people. This chemical can trouble the endocrine system and potentially cause metabolism and reproduction issues.Â

However, as concerning as that might be, BPA is not used to produce PET bottles. On the other hand, it can be found in more rigid plastics, such as polycarbonate.Â

Still, some reports claim that the BPA-levels in PET water bottles are extremely low, approximately 5ng/L.


The thing is that another chemical, known as antimony, is actually used for PET bottles production. The concentration at which this chemical becomes dangerous is approximately 6ppb (parts/billion).Â

A 2008 study found that the antimony-levels are very low, and leaching happened gradually over time. So, no worries here.

To Reuse or Not to Reuse? 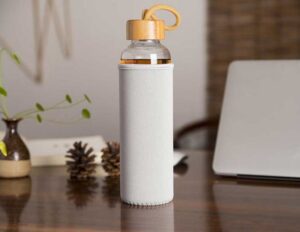 Six of eight experts stated that it is “likely safe to reuse plastic water bottles.” The only risk could be that of contamination, so make sure you wash your plastic bottle regularly!Â

Also, don’t forget to recycle all your plastic bottles when you don’t want to use them anymore. Protecting the environment should be always a top priority.