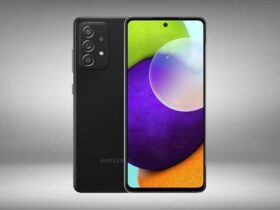 Cyberpunk 2077 is one of the bestselling games of 2020, as it was sold in over 13 million copies. By showcasing the futuristic and hypothetical world of the year 2077, the afore-mentioned game is a load of fun. But as always in the gaming industry, there’s always room for improvements, and the developers from CD Projekt Red know it very well.

In the last weeks, the developer has frequently released new patches and fixes for Cyberpunk 2077, and the new 1.12 update has already gone online and available to grab.

This update addresses the vulnerability that could be used as part of remote code execution (including save files):
– Fixed a buffer overrun issue.
– Removed/replaced non-ASLR DLLs. pic.twitter.com/LAkBfVpnXf

As one of the game’s descriptionÂ says:

Cyberpunk 2077 is an open-world, action-adventure story set in Night City, a megalopolis obsessed with power, glamour and body modification. You play as V, a mercenary outlaw going after a one-of-a-kind implant that is the key to immortality. You can customize your character’s cyberware, skillset and playstyle, and explore a vast city where the choices you make shape the story and the world around you.

Cyberpunk 2077 arrived for the usual platforms (PlayStation 4, Google Stadia, Xbox One, and Windows PC) and the next-generation consoles PlayStation 5 and Xbox Series X/S. Running the game on your PC isn’t feasible if you don’t have some decent configuration – you’ll need at least an Intel Core i5-3570K or AMD FX-8310 for the processor, a video card like NVIDIA GeForce GTX 780/AMD Radeon RX 470 or something better, and a minimum of 70GB of space available on your drive. However, an SSD is recommended for the game, and there’s no wonder why: hard-disks tend to slow down gaming performance and programs.