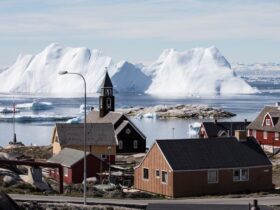 Apple got sued in an attempted class-action claim. The problem was water resistance – The claim accentuates on the fact that the company misrepresented how water-resistant the iPhone truly is.

Apple, just like most other smartphone manufacturers, features a level of water resistance in its devices. The claimed resistance reportedly increased over the past few years.

Also, some stories of iPhones falling in lakes and being restored months later boosted the devices’ reputation.

Still, a “class action complaint” with Antoinette Smith as a representative for numerous unhappy customers, the 13-page filling attacks Apple’s claims on the water resistance.

The iPhone 11 Pro and Pro Max are labelled as IP68 products. The company claims that they can survive depths of up to 4 meters (13.1 feet) for up to half an hour.

The iPhone 12 took that reference further, at 6 meters for 30 minutes.

However, the claim says that the numbers result from tests in controlled laboratory environments, with “static and pure water, unlike pool or seawater,” meaning that users who get their devices splashed or immersed for a while will be denied service as the contaminating water contained salt or chlorine, Appleinsider reports.

Smith claims that she bought an iPhone 8 that experienced contact with liquids “consistent with the IP rating of her device and consistent with how the water-resistant attributes were presented in the marketing and advertising of the device.”

However, Apple denied warranty coverage for liquid damage, which forced Smith to pay lots of money to fix the device.