There are a few black hole categories, such as stellar-mass black holes, intermediate, and the most challenging, the supermassive black holes (SMBH).Â

SMBH can reach the order of millions to billions of solar masses. So far, astronomers captured one at Milky Way’s core, the Sagittarius A*, measuring 4 billion solar masses. But could there be black holes larger than that?

That possibility has been recently explored, and it includes a “monstrous” category of black holes: the SLABs, Stupendously Large Black Holes, over 100 billion times the mass of the Sun. 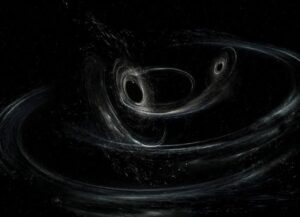 According to the new study, the idea of SLABs has been neglected until now. A team of scientists based their observations and measurements on the primordial black hole model. They found that SLABs could be between 100 billion and 1 quintillion solar masses.

Primordial black holes were proposed for the first time back in 1966. Scientists thought that the varying density of the early Universe could have generated “pockets” so thick that they fell into black holes.

And that black holes could be tiny or stupendously large. 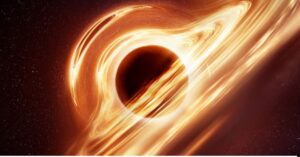 The team’s work and beliefs

Astronomer Bernard Carr from the Queen Mary University London released a statement discussing the importance of SLABs. He said:

“[…] it would have important implications for the early Universe and would make it plausible that lighter primordial black holes might do so.”

The new study aimed to analyze the impact of SLABs on the space around them. These black holes can’t be observed directly because black holes that aren’t gathering matter are invisible (light can’t escape their gravity).

However, massive invisible cosmic bodies can still be captured based on the behavior space close to them shows.

The team’s study has been recently published in theÂ Monthly Notices of the Royal Astronomical Society.Â We still need more time to figure other things out. The concept of SLABs is genuinely intriguing and challenging.