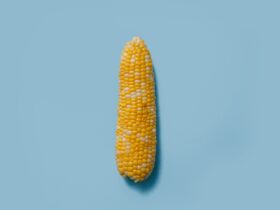 Science Reveals The Benefits Of Corn

The first death associated with the Pfizer COVID vaccine was now reported in New Zealand. A woman of unknown age has died, likely as a result of the vaccine. The cause of death was myocarditis, which is known as a very rare side effect caused by the Pfizer shot.

According to the ministry, the cause of death remains unknown at the moment. An independent board believes, however, that there is evidence that myocarditis is caused by vaccinations. There may have been other pre-existing medical conditions that influenced the outcome of this case.

“This is the first case in New Zealand where death in the days following vaccination has been linked to the Pfizer COVID-19 vaccine. While the Centre for Adverse Reactions Monitoring has received other reports of deaths in someone recently vaccinated, none are considered related to vaccination,” explained the Covid-19 Vaccine Independent Safety Monitoring Board in a statement.

Investigations by the European Medicines Agency have found a link between the myocarditis effect of the Coronavirus vaccines created by Moderna and Pfizer. Nevertheless, it was found that these particular side effects were more common for younger men.

New Zealand is one of the countries with the lowest COVID-19 damage. The country had 26 deaths associated with the virus since the beginning of the pandemic and 3465 cases. Around 23% of the country’s population has received the vaccine, and three million shots were administered in New Zealand

Myocarditis is an inflammatory condition that affects the heart muscle. It can cause chest pain, confusion, a change in heart rate, and, rarely, death. The condition is often found in older adults, including those who are very age-sensitive. Factors such as certain medications, alcohol abuse, and physical stress can exacerbate the condition and lead to its development.