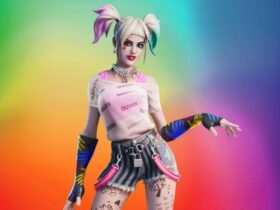 Greenhouse gas emissions continue to concern experts, as the weather across the world is not looking too good, either. United in Science issued a new worrying report, warning that governments had been sloppy when it comes to efforts to prevent climate change-related problems.

The Guardian brings more details about the report, revealing that it also warns of a potential ‘uncharted territory of destruction’ that the world is heading into.

There is nothing natural about the new scale of these disasters. They are the price of humanity’s fossil fuel addiction. This year’s United in Science report shows climate impacts heading into uncharted territory of destruction.

Guterres is referring to the recent flooding in Pakistan that has covered about a third of the country, the drought in China, the high temperatures in Europe, a megadrought in the US, and more.

30 million people living in Pakistan were displaced as a result of the flooding occurring in the Asian country. The floods might need even six months to recede.

Some countries even had to return to fossil fuels such as coal as a result of increased gas prices occurring after Ukraine was invaded by Russia back in February.

The terrifying picture painted by the United in Science report is already a lived reality for millions of people facing recurring climate disasters. The science is clear, yet the addiction to fossil fuels by greedy corporations and rich countries is resulting in losses and damages for communities who have done the least to cause the current climate crisis.

For those already experiencing the climate emergency, particularly in the global south, the Cop27 conference in Egypt must agree to new funding to help them rebuild their lives.